LazyPi wants to give the internet (TCP/IP) a big reboot 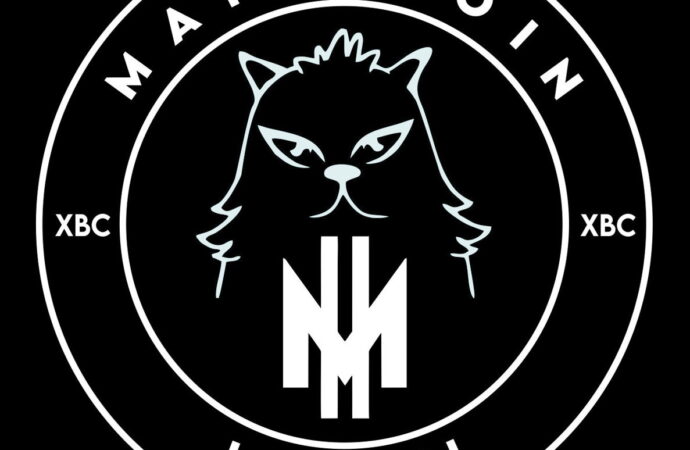 Meet Lazypi, the world’s new internet nodes for generating the internet for your own that has just launched out.

It all sounds quite complex, simply because it is, however, what Lazypi is doing is creating a new internet and a currency with the concept of MaineCoin.

That’s right Elon Musk, your Dogecoin is being challenged, and tech giants, look out, there is a new internet that is now alive and growing on every corner of the globe.

So, how does it all work?

The domain name lazypi.org was registered on 8 August 2021, 13 years after bitcoin domain created on the same date. A link to a paper authored by The Anonymous Cat titled, “MaineCoin (XBC) from LazyPI Internet 2 for Internet 2 CrossBorder (XBC Protocol)” was posted to their own website.

The Anonymous Cat’s identity remains unknown. Already for many years, the source believes it has been developing the new internet concept and called it the LazyPi Internet. The project team has been talking with Asia Pacific governments and leading corporations in the region for partnerships, serious business establishments with a goal of total market disruption.

The founder of LazyPi is not a regular man. It is believed he is a scientist, mathematician, who takes high risks and aims to build a better world where technology is more advanced than ever before.

It thinks about other people and how our new internet could improve their lives. In the beginning, we aim to enhance the Asia market, where hundreds of millions of people are lacking easy to use technology. We want to create a tech where not just young but also elder can use and benefit.

Limitations and boundaries lead to innovations, and innovations push the emerging market into disruption. This is what the anonymous cat (TAC), a scientist after Professor Vint Cerf ,the father of internet (TCP/IP) aims to accomplish, which is to disrupt the  internet industry by providing a new and better alternative; cheaper, faster, more reliable, and accessible throughout the local communities. 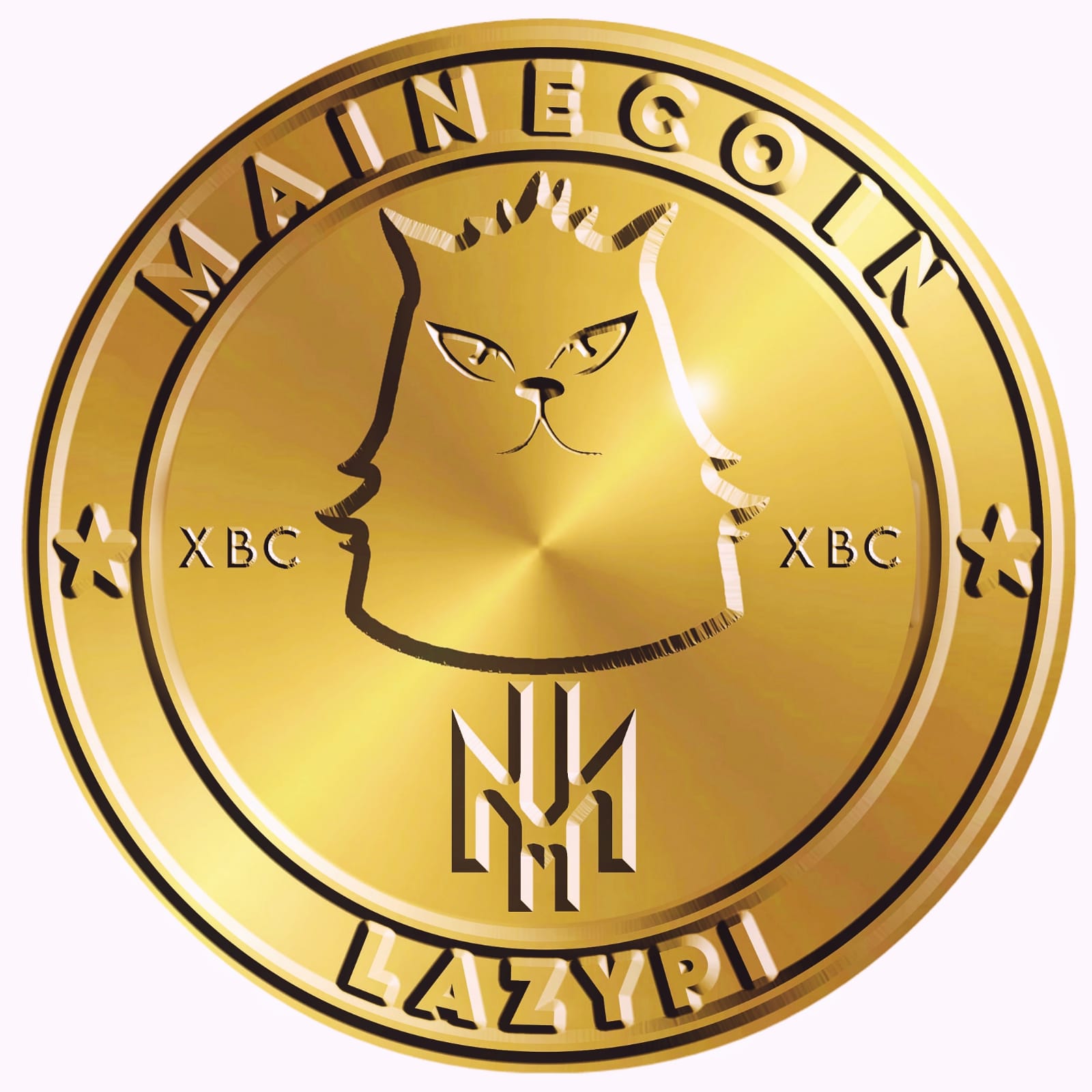 What does the Internet give to people?

In easy words to say, it is a network enabling people to send information to each other across the world, whereas information can be a text message or even finances.

What people give out in order to use the Internet?

For starters, it’s not free, in specific markets, the Internet is costly compared to a monthly allowance. Millions of people don’t even have internet access because it’s too expensive, and even if they do, it’s limited. Of course, we are talking about the emerging markets and situation over there concerns not just innovators but also the authorities and governments.

What else do people give out besides money in order to use the Internet? Today data is a big thing as most of us have heard. People give out their personal information and get nothing in return. Peoples’ private information is costly, and in the business world, the smart guys make billions out of it while people who give out their data don’t even get any cent of commission. Giving away data for free can also cost people and damage their lives in many ways.

What can be done to resolve this? Realistically, the cost of the Internet should be lower, and it should not only include the basic access to regular internet browsing, but the fees should also include more features which currently are served by different operators and service providers. Think where the Internet, telecom operators, financial services and other services collide into one, creating a united internet platform which enables everything regardless of user’s location at any time worldwide – that’s the vision.

This vision also includes protection of personal data, and in any case, if the data is being used, that person will get compensated one way or another – a fair internet platform where people get their rights back and where equality takes place.

Perhaps in the first world countries, this may sound pretty basic to the majority of the people, but there are billions of people who don’t have that luxury.

According to the source, “The Lazypi Node System (LNS) is an open algorithmic governance system that controls the Lazypi Internet network. A few of its most notable innovations are its ability to upgrade the protocol and pi software used by the node machines, onboard new node operators and machines into the network, and create new subnets to increase network capacity.” Most importantly, the highlights that the “LNS works by accepting proposals and deciding to adopt or reject them based on autonomous activity by thousands or future millions of ‘lazypi’ holders.”

The LazyPi is a new internet protocol to replace the old TCP/IP, Addressed contents hashed name, owners signature keys and privacy settings. The LazyPi enables people to create and fully deploy application or file without relying to a centralized server or to big companies to host their application.

The LazyPi aims to replace the TCP/IP protocol to be able to significantly improve the way IP traffic is handled also for better security and smarter routing and packet forwarding, this mean the ability to move large chunks of data without necessarily identifying the address but simply pointing toward a certain topic, which would speed up information flow.

The LazyPi also aims to remove the dependency of humanities data to be controlled and owned by certain big companies, it’s rather to give back to people the control over their data where they will be the one or the community in the network is to decide if a certain data has to be taken down.

The LazyPi aims to provide ultimate security over people’s data where they would be the only one to access a data based on their own signature, A user would be able to allow a certain data to be access by other user’s by accepting the other user’s key as one of the authorized signature or by making a data publicly available singed by their own key.

As opposed to the current internet model where Domain Namespace (DNS) resolver resolves a domain and route the request to the IP of the server holding the data we intend to change this by changing the model to Name-based Access Control; The model enforces the access control directly over content through encrypting content at the time of production, rather than re- lying on a third party (such as data storage) as traditional perimeter-based access control model. It present the design of Name-based Access Control (NAC), which implements the content-based access control model in Named Data Networking (NDN). It will demonstrate how to make use of naming convention to explicitly convey access control policy and efficiently distribute access control keys, thus enabling effective access control. LazyPi Internet evaluate the scalability of NAC against CCN-AC (Content Centric Networking -Access Control), another encryption-based access control scheme. The results suggest that NAC is more suitable for large scale distributed data production and consumption. As a proposed Internet architecture, Named Data Networking must provide effective security support: data authenticity, confidentiality, and availability. This poster focuses on supporting data confidentiality via encryption. The main challenge is to provide an easy-to-use key management mechanism that ensures only authorized parties are given the access to protected data.

Lazypi is now creating a movement and reinventing the Internet as a computer that hosts secure software with superpowers. The Lazypi is a new technology stack that is tamper-proof, unhackable with four layers security encryption ,fast at micro second peer to peer, scales to billions of users around the world, and supports a new kind of autonomous software that promises to reverse Big Tech’s monopolization of the internet.

The source adds, “Lazypi is now bringing people and organizations together to learn and collaborate on products that help steward the next-generation of internet software and services. The Lazypi Internet allows developers to take on the monopolization of the internet and return the internet back to it’s free and open roots. We’re committed to connecting those who believe the same through our events, content and discussions.”

Powering the Lazypi network is the XBC token that serves three distinct purposes: governance over the network, staking, and boning

Governance: Lazypi token holders have complete control over the protocol. All privileges, which on other platforms are exclusive to netters, will be given to the autonomous Pi participants (PI XBC holders), including managing exceptional events such as protocol upgrades and fixes.

Staking: Game theory incentivizes token holders-netters to behave in honest ways. Good actors are rewarded by this mechanism while bad actors will lose their stake in the network. This ensures the network stays secure.

Bonding: New Pi data are added by bonding tokens. Outdated or non-useful pi data are removed by removing bonded tokens. This is a form of proof of data network.

The Lazypi is designed to be a secured and autonomous internet solution. It autonomously monitors and duplicates blocks of data at the slightest risk of internet data lost. It also deletes copies of data once it reaches the maximum threshold number of copies.

LAZYPI autonomously decides where to create or move data blocks based on the geographical location where the data is mostly being requested. This enhances the speed of retrieving data which makes it a very appealing choice for people who are looking for security, high availability, and speed.

More than 50% of the current Lazypi nodes will be netting in Southeast Asia (SEA), therefore allowing high speed internet to be used in this region. Future expansion includes Vietnam, Thailand and Laos and making SEA to be the largest decentralized autonomous internet network. Then the goal is to offer Lazypi nodes around the world, like in the USA and Europe, and Africa.

To learn more about how the LazyPi Internet is changing the world, visit them online today: www.lazypi.org

MaineCoin, a new crypto project from LazyPi Internet announced officially launched Presale this month, focuses on the field of Memes Token, which is increasingly being loved by communities.

However, MaineCoin can also be used as a component of rewards in the LazyPi neeting the Pi Board hardware or rewards to certain ecosystems for their services in doing something socially good.

This token with the cat peeking symbol and coded XBC can now be accessed by private purchase through Metamask Wallet.

The MaineCoin Token developer informs that a public launch will be carried out in the near future.

MaineCoin has been launching on a limited basis to the crypto user community from this month. In addition to development, this token developer has distributed a number of tokens to crypto enthusiasts in the second week of August and has a private sale after that.