Cylentium’s Wayne Ronhaar leaves trail of alleged fraud, and puts vendors out in the cold 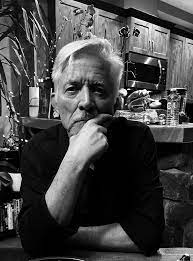 Wayne Ronhaar, the Founder and CEO of Cylentium, a US and Canadian-based cybersecurity company, is under the microscope among law enforcement agencies, governments, and long list of of current and former vendors.

Ronhaar currently resides in Canmore, Alberta, Canada and he is a US and Canadian Dual Citizen who grew up in Washington State.

In September 2021, according to current and former vendors, Ronhaar promised the sun-moon-and-stars to everyone: bi-weekly payroll payments; lucrative expense accounts; growth within the company; and, even other consulting opportunities with agencies that would partner with Cylentium.

Fast forward to today, Ronhaar’s promises have never amounted to anything. Former and current vendors are owed approximately $1-million combined.

“Lies, lies and lies – he used us all during the pandemic and gave us false hope that we would all grow and thrive within the company,” says one former vendor who was let go recently and who also has yet to be paid. “Once piece of advice I will give anyone wanting cybersecurity services is to avoid Ronhaar and Cylentium like the plague.”

A year ago, Ronhaar had told current and former vendors, verbally during weekly meetings and in emails, that he was securing Venture Capital (VC) money through a tech-start-up investor out of Colorado. According to current vendors, that investor recently served Federal jail time in the State for falsifying income tax statements. The VC money never happened and the investor disappeared.

Just recently, Ronhaar issued an email to current vendors that he was securing a hefty VC investment out of Spain and that for whatever reason that never happened either.

“He’s a joke – plain and simple,” says one former vendor, who was also let go from the company for challenging Ronhaar’s integrity and mental health. “He used everyone and made us all believe the VC money was coming in when he damn well knew there was no such thing. He’s good actor but sadly the show on stage for him is over.”

Ronhaar also committed to sponsoring the big Haste & Hustle event with Sir Richard Branson in Austin, Texas in early September. The event was cancelled in part of Ronhaar and one other sponsor unable to pay for their corporate sponsorship.

Again, the stack of unpaid bills continues to pile up.

Allegations of fraud are piling up

According to public documents released by JP Morgan Chase Bank, National Association, Cylentium, under the direction of Ronhaar, Cylentium received two PPP Loans: One for $127,189 (US Dollars) in April 2020; and a second one for $299,487 (US Dollars) in March 2021. Both Loans were approved for the company via its office address at 512 Country Road 140, Burnet, TX 78611. The company also has a Houston, Texas-based addressed and a Canmore, Alberta-based address.

In order to secure PPP loans during the global crisis, a company was required to have certain number of official employees on its payroll before and during the time of applications in order to be granted funding, a stipulation outlined by both JP Morgan Chase Bank and the US Small Business Administration Division.

However, according to current and former vendors, Cylentium has never had any employees, nor a payroll system in place.

According to a July 26, 2021, email sent by Ronhaar (Email Subject: “Payroll Delay and Accrual” at 8:51 AM/Mountain Time), Ronhaar explicitly told members of his executive team and vendors that they were in the final stages of closing a $10-millon financing deal with the Colorado-based investor and Leads Capital, which never happened. The email also highlighted processing fees of $25,000 and a $450,000 insurance premium to Leads Capital, and that a payroll system would be finally set up for the team.

Current and former vendors adamantly suggest there was never a payroll system in place ever since the inception of the company, and the company has never, ever employed anyone.

So, what does this mean for the PPP Loans the company received since they never had a payroll or employees?

According to an official with the US Small Business Administration (SBA) Division, that could mean mounds and heaps of trouble. Essentially, when you give false information on PPP Loan applications, the banks and SBA may in fact deem it as fraudulent activity. Cylentium is currently waiting on a decision to have its loans forgiven, or they now just might be required to pay it all back, or, even face legal consequences.

“We are not able to comment on any investigations, but we take every claim of fraud seriously,” explains one law enforcement professional.

On Wednesday, September 14, 2022, Ronhaar was contacted via email twice by our digital publication to respond to the allegations against him and his company (non-payment to vendors and PPP loan allegations). Ronhaar provided the following statement at the 11th hour: “The facts are completely inaccurate and false. They appear to us to be fabricated.”