Behind the Idea of IdeaPros: Fred Cary 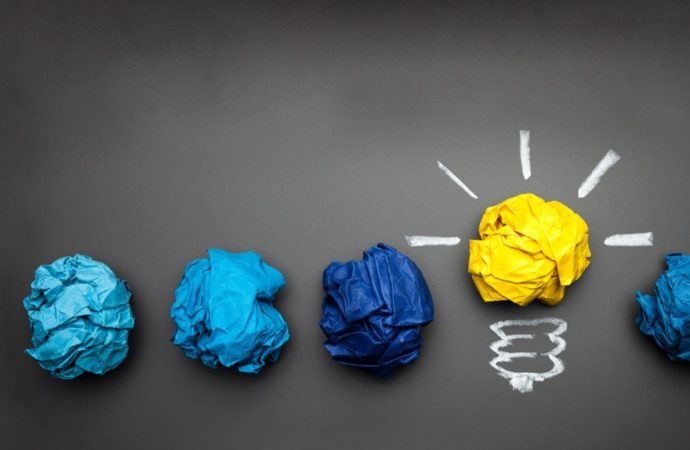 If becoming a successful entrepreneur was easy, we’d all have successful businesses and be lounging by a pool all day.

Who doesn’t want to thrive in their industry while managing your own time and being your own boss, right?

The fact is, flourishing in the business world takes much more than just money. It also takes a lot of time, patience, and most importantly, skills and know-how. Fortunately, for aspiring entrepreneurs regardless of age, there are so many experts in the field who have gone down the hard road already and are more than willing to share their knowledge and experiences that can help budding entrepreneurs.

Fred Cary and The Early Days

Fred Cary, Co-Founder and Executive Chairman of IdeaPros, began his road to entrepreneurship when he was 22 and started his first business. Within the first ten years he went from establishing a large chain of successful restaurants, to producing some of the largest groups in the music industry, to talent management. And, virtually, on a whim, decided to become an attorney.

“All my friends had decided on careers early on, and mostly stuck with them”, recounts Fred. “Yet, for me, that model never satisfied my thirst to create – I was never happy unless I was experiencing the growth of amazing, new ideas.”

Young and brave, he set off on a journey that would never end.

Fred and his entrepreneurial spirit started many new businesses and, as CEO and Chairman, created many successes and learned thousands of lessons. BoxLot was pitted against eBay during its early stage. However, eBay was already six months ahead of him, and the business did not pick up as expected. He took this experience as a huge learning curve. He realized that in business when an idea does not work, it doesn’t necessarily mean that it is a bad idea. You could still pivot your way to success by looking into other areas of the business.

The BoxLot company may not have flourished as an auction house, but the software that they developed helped them systemize their operation and was flush with advanced protocols perfect for the growing demands of e-commrce. A company named Infospace took notice. They offered to buy BoxLot for $120 million 18 months after it was launched. The said technology was utilized by big companies later on such as Amazon, eBay, and Yahoo.

Seeing Holes in the Sector and Finding Solutions

Fred had the opportunity to work with what he called “crazy scientists” from the University of California. They had out of the box ideas about the Internet and how powerful it would become. The idea that the internet could be a superb vehicle for live “back hauling” of high-density sports broadcasting was developed into a revolutionary solution. He started presenting it to different potential partners. Most prospects discounted the idea that the internet could provide a reliable solution for the urgent demands of the major broadcasters. But finally, Scientific Atlanta became a believer in Path 1. In just a year, live, high definition professional sports events were being shown in households all over America – all enabled by the technology Fred and his team had created.

Another company that Fred Cary founded with two talented Israeli engineers, exploited a major problem in the cable TV industry. His company, Imagine Communications, thought they could solve this problem. You see, high definition was finding its way into households around the world, yet cable companies were severely limited by the throughput restraints of their physical cables. Imagine Communications developed a technology that immediately QUADRUPLED that throughput, giving all the outer that the cable industry needed. It’s no wonder that the company’s products became an immediate success and, today, the company has employees in every habited continent, has close to a billion dollars in revenue, and its technology is used in delivering video content seen in 75% of households around the world, generating over $55 Billion in annual revenue for its media customers. And, during this process, Fred decided to get an international MBA from the prestigious University of Liverpool in the UK, graduating with high honors.

Enough is enough, one would think, but Fred went on to become an investment banker where, as a managing director, his company raised over $2 Billion for their clients in just two years. And then, back to entrepreneurial ventures, when he took a small, Los Angeles finance company and quickly grew it into a Nationwide Brand. Finally, as CEO, Fred built Home Bistro into a brand that delivers fresh, fully prepared meals to homes in all 48 contiguous states. Possessed by the continuing need to create, My. Cary eventually brought in a new CEO to head the company’s growth, and set about pondering what type of business could keep him continually challenged and satisfied.

And so, IdeaPros was born.

Just over two years ago, Fred and his soon-to-be partner, Mike Corradini, sat down for lunch one full decade after Fred had consulted with Mike to help him with his business.

During their catch-up conversation, Mike said that he had been working with a company that claimed to help inventors but he abruptly left after realizing that the entire business model did little to help with actually creating and launching a product.

Soon the conversation focused full force on entrepreneurs and the true lack of resources they had when deciding to give up 9 to 5 and head into what Fred calls “the great unknown.”

With his vast experience in business and his desire to give back to a community of like-minded eccentrics, Fred partnered with Mike and together they created IdeaPros, the world’s first super venture partner – a company that could roll up its experienced sleeves and make certain that every entrepreneur had the chance to see his or her vision turn into a real company with a real product to sell.

I interviewed Fred in his southern California oceanside villa that he shares with his fiancee, Jessica, and daughters Amelia and Gabi, along with two cats and two dogs. We begin, while 15 of the company’s most trusted staff members are buzzing around us nonstop, asking questions, barking commands, and passionately working towards the collective dreams of some 200 partners.

As we start, he offers this, “I really don’t need to be working this hard right now but, with IdeaPros, I can really give back in gratitude for a wonderful professional journey Plus, with all of our amazing partners, I’ve finally found the perfect career – one in which creation never stops and the journey never ends.”

While Fred is clear in stating that the ultimate success of any partner will rest solely on that entrepreneur and the passion he or she carries within, he ends the interview with the statement, “with each project we set out to build the perfect race car. And we train you for over a year so that when we launch and you get behind the wheel, you will have everything it takes to win that race. Ultimately, it is you who decides while we’re out in the pits, offering continuing guidance. Your fuel is the passion you carry within you. If you have enough of it, you will be perfectly portioned to win that race. Are you ready to win? Then let’s go!”

And with that, he’s off.

This story was originally published in May 2019. For more information, please visit IdeaPros and turn your next big idea into a reality!